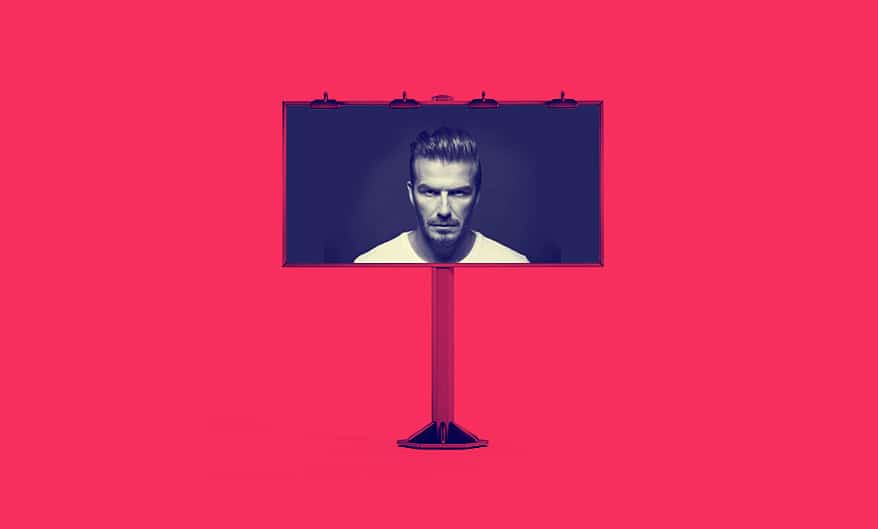 He may have hung up his football boots in 2013, but David Beckham is still raking it in. And that’s thanks to the incredible brand he’s built for himself.
As the top celebrity branding choice for clothes designers, perfume and cosmetics makers, hair stylists, fashion magazines and health and fitness promoters, he’s gained massive popularity worldwide and you’d be hard-pushed to find anyone who doesn’t know who the football legend is.
With that in mind, we’ve suggested three ways in which you can apply some of David Beckham’s brand magic to your business:

Both David and his wife Victoria are aware of their parody personas and by embracing them they’re all the more loveable. He may not be perceived as the most intelligent person on the planet, but by not taking himself too seriously and staying true to himself as a slightly inarticulate, yet gentle and passionate character it just goes to show that intelligence comes in many forms.

Brand it like Beckham Rule No.2_ Play to your strengths

The key to David Beckham’s branding success is that he knows what he’s good at and runs with it. As well as being an ambassador for sporting causes and modelling underwear for H&M and Giorgio Armani, he works to his strength as a genuine nice guy. He’s softly spoken, can laugh at himself and comes across as modest when being interviewed. What’s more, he reinforced his nice guy image by donating his £170,000-a-week salary to a children’s charity for five months when he played for French football club Paris Saint-Germain.

Brand it like Beckham Rule No.3_ Broaden your horizons

From sports equipment to razors, the Beckham branding transcends a multitude of products. He may always be known first and foremost for football, but he’s now just as synonymous with fashion. As well as earning his fortunes through lucrative promotional contracts with the likes of Adidas, Sky Sports and H&M and being a brand ambassador for both Jaguar and Sainsbury’s, he sells his own branded fragrances through Coty Inc, has filmed adverts for Diageo’s Haig Club whisky and helped promote the Las Vegas Sands hotel. He even starred in his own BBC documentary, in which he rode a motorbike through the Amazon rainforest in order to teach a tribe about football. He’s now estimated to be worth more than £220 million; proving that it pays to keep an open mind when it comes to your branding.