What your brand can learn from One Direction 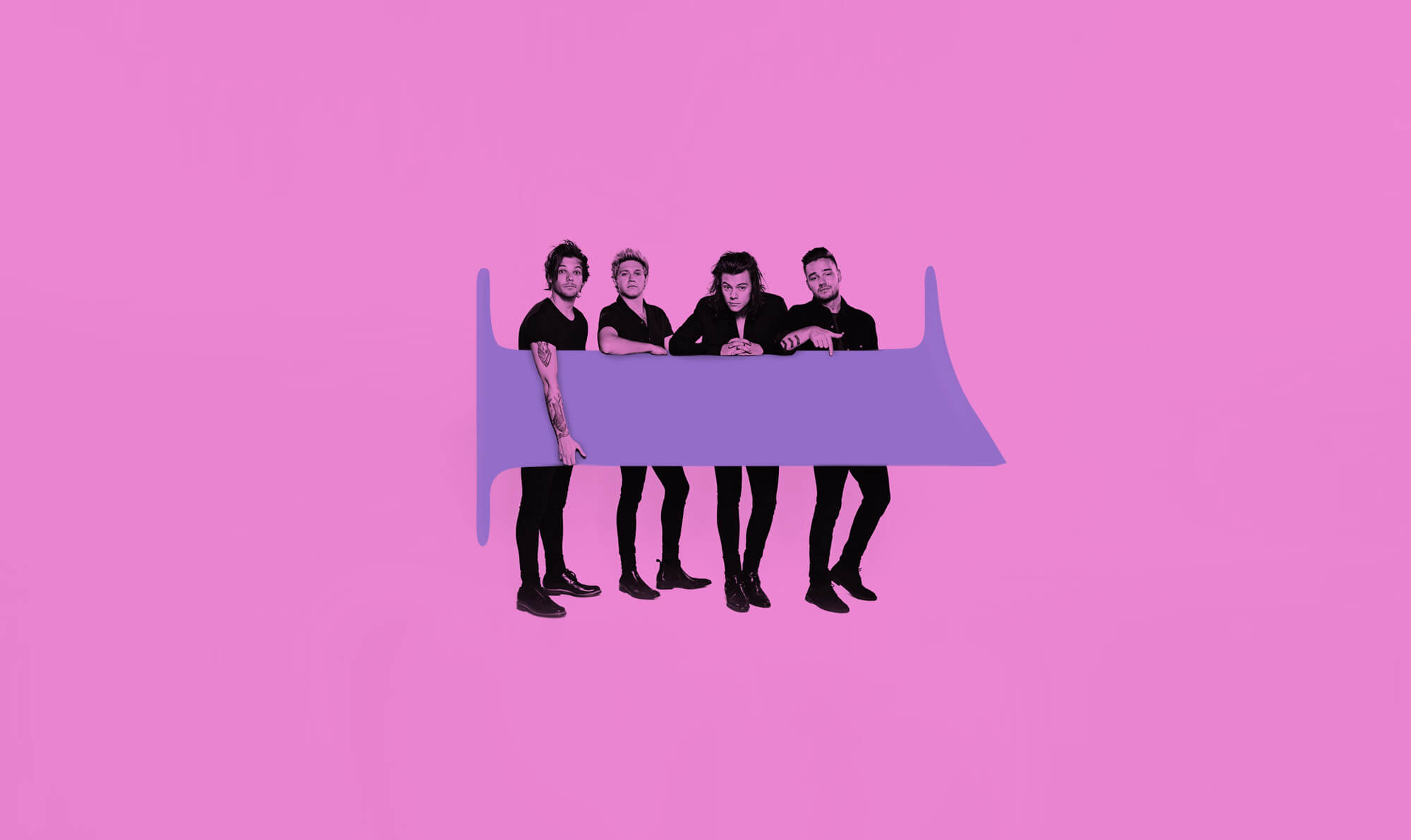 Ok, so your small business might not have much in common with the global phenomenon that is One Direction, but it’s thanks to their second-to-none brand strategy that the boy band has achieved undeniable world domination.
When you consider their 23.7 million U.S. song downloads, 24.8 million Twitter followers and earnings of £100 million in their first two years, it’s hard to believe that One Direction only came third in the X Factor competition in 2010. Five years on, they’re the biggest boy band in the world. And that’s down to their clever branding; the principles of which can be applied to your business.

1. Have one branding direction

One Direction know exactly who they are. They identified their target audience of teenage girls very early on and they not only cater their music to appeal to their audience, but their image makes them desirable too. Their success comes down to the fact that they have one clear aim and they’ve never strayed from it. To succeed in business, you need to do the same. Having an ultimate goal will help to focus your efforts when it comes to your branding.

Once you’ve established your end goal, you’ll have more chance of achieving it if you make a marketing plan with targets along the way. While working on ‘two-week sprints’ and having quarterly targets, One Direction’s team had a strategic three-year plan which included key milestones such as single and album releases and the premiere of the ‘One Direction: This is Us’ film.

3. Build a relationship with your audience

From the very beginning, One Direction fans have had access to their heroes via Twitter. The essence of their branding isn’t to position them as demi-gods, but as their fans’ friends. The boys were given social media training to help them respond to Tweets, and as well as posting daily updates, they ask their fans for their opinions on what they should wear or where their next photo shoot should be. By engaging with your audience, you begin to build a relationship – and with that comes trust and brand loyalty.

Another benefit of social media is that it’s international. The brains behind One Direction really took advantage of this with the ‘Bring 1D To Me’ game in 2011. The idea was to encourage fans from outside the UK to use social media to convince the boys to make an appearance in their own country, which helped to build a bigger fan base. And a bigger fan base means more money.

With a focus on interactivity, One Direction’s branding has always had the edge over traditional marketing strategies. For example, the ‘Save the 1Day’ campaign – in which Twitter followers were asked to get “stolen” material back from fictional superfan @1DCyberpunk – put fans at the heart of the action, giving them greater access to the boys and rewarding them for their commitment. As well as gaining 110,000 followers for @1DCyberpunk, the campaign helped One Direction to become the first British group to enter the US Billboard chart at number one with their debut album ‘Up All Night’ – proving that thinking outside the box, can really pay off.
They may have made the decision to focus on their solo careers next year, but by adopting and retaining some of One Direction’s inventive branding techniques, your business could have much more staying power.