3 sure-fire ways to kill your brand 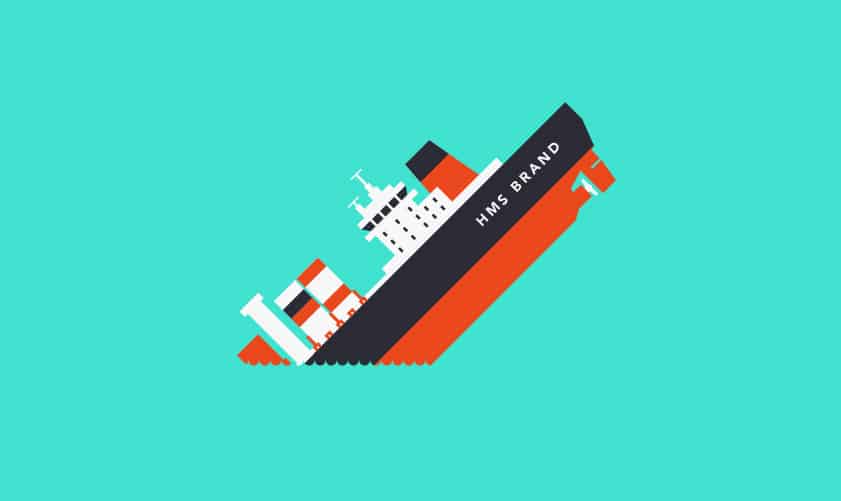 Once upon a time brands like Woolworths, Blockbuster and Compaq were giants in the marketplace, now they cease to exist. There are many reasons why brands fail, but to help keep your business prospering, we’ve highlighted the three most common brand killers below.

Brand killer 1_ Don’t keep up with the times

In order to remain relevant, it’s always been important for brands to keep up with the times, but with technology now evolving faster than ever, it’s even more vital for you to be forward-thinking with your branding. The brands that can adapt and embrace emerging technologies are the most likely to survive because they recognise the need and opportunity to do so before their competitors. Despite dominating the Social Media arena Facebook recognises the need for constant innovation. So much so that on their very first day of employment all new staff receive a handbook which states “If we don’t invent the new Facebook, someone else will”

Apple may be one of the biggest brands in the world right now but even huge businesses make mistakes with their branding. In 1985 Apple released ‘Lemmings’ advertisement, which dramatized the lemming-like behaviour of office workers who used PCs. It may have been inventive but it was widely considered to be a flop, since the concept behind businessmen following one another over a cliff was lost on customers. Over time, Apple’s brand followed suit and went slowly downhill, meaning it lost touch with its core audience and missed an opportunity to connect with a consumer base that wanted computers for personal use.
In 1997 though, Steve Jobs returned to Apple and managed to turn the company he co-founded around. He rebranded it to connect with consumers, saying: “This is a very noisy world. So we have to be really clear on what we want them to know about us”.

Even when it thinks it’s doing well, a successful company will always strive to be better by continuing to improve its branding. Take McDonald’s for example. In May 2011, the company ranked fourth in Millward Brown Optimor’s BrandZ survey, and even though it grew by 23%, earning a brand value of $81 billion, it didn’t rest on its laurels. McDonald’s underwent the most extensive store-by-store makeover in the chain’s 56-year history. Moving away from fast food and towards more of a coffee-shop culture, it adapted to a new era; swapping a yellow and red interior with plastic furniture for muted colours, faux leather chairs and wooden tables.

Of course there are other factors that cause companies to fail, but if you take steps to ensure that your branding is current, clear and constantly striving to be better, you should be well on your way to having a brand that stands the test of time.