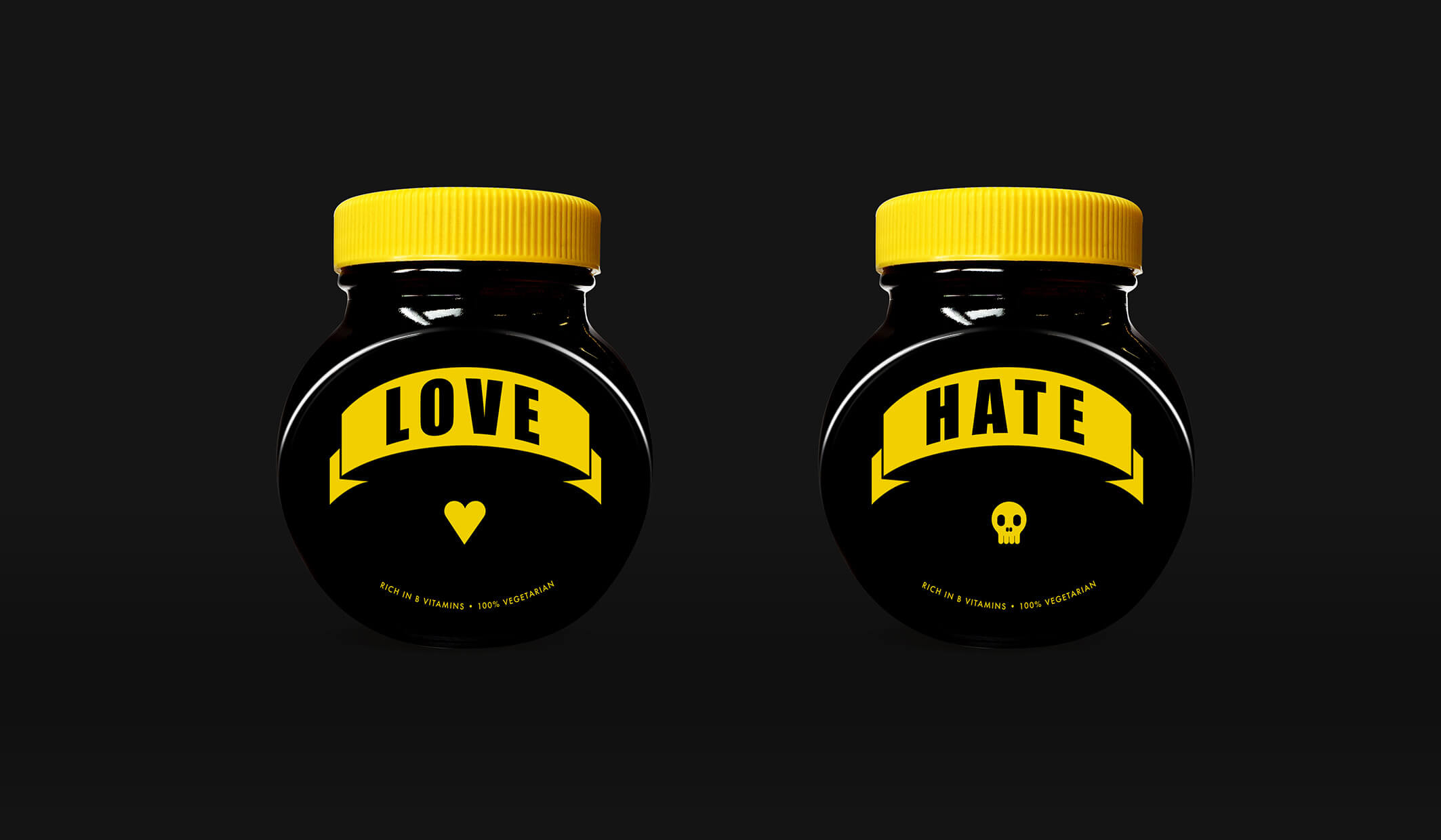 When you think about it, there’s nothing sexy about yeast extract. But through clever branding, Marmite has achieved more than a million likes on Facebook, nearly 50,000 Twitter followers and its television adverts regularly make headlines.
That’s quite an achievement for a product that’s essentially a black savoury spread made from spent brewer’s yeast. It’s achieved this success through 4 key strategies, here’s what we can learn from Marmite’s branding:

Marmite has caused great divide in Britain ever since it was first introduced to the UK in 1902. Acknowledging this, the brand launched its bold ‘Love it or Hate it’ campaign, listening to negative comments and owning them. In 2013 it took an even bolder step and revised its strapline from ‘Are you a lover or a hater?’ to ‘Love it. Hate it. Just don’t forget it.’ Marmite understands that being forgotten about is the worst thing for a brand and decided that polarising was the way to go.

Another example of Marmite’s brave branding is a controversial television advertisement filmed in the style of an animal rescue documentary. It features ‘Marmite Rescue Teams’ saving neglected jars of Marmite from the backs of cupboards and taking them to a re-homing centre where they’re paired with Marmite lovers. Despite receiving criticism from animal welfare activists, the campaign generated a 14% increase in sales growth in eight weeks after its launch, not to mention the fact that the response to the ad was in keeping with its ‘Love it or Hate it’ tagline.

Marmite’s branding is all about not taking things seriously. Its social media pages are dominated by images of Marmite jars in various situations and they feature parodies of X-Factor and major sporting events. By creating humorous content, the brand connects with its fans and increases exposure as funny posts have more chance of being shared.

To keep things interesting and remain relevant, Marmite has launched various special editions over the years. In 2007 it launched a limited edition Guinness Marmite, followed by Marmite champagne created for Valentine’s Day in 2008 and a cricket-themed Marsden’s Marmite in 2009. 2010 saw the development of extra strength Marmite XO and to celebrate the Queen’s Diamond Jubilee in June 2012, Marmite paid a tribute by launching another limited edition aptly named ‘Ma’amite’, reinforcing the humorous aspect of its branding.